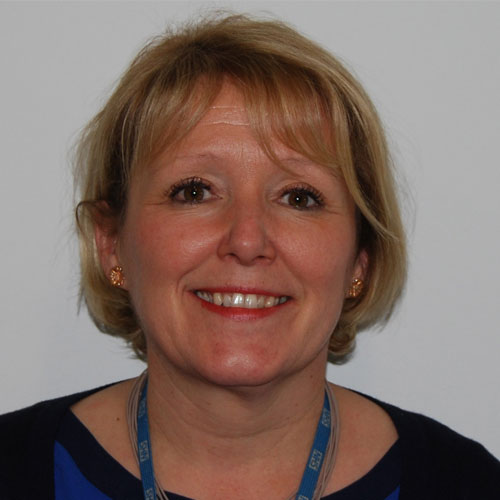 Deputy Director of Nursing and Quality at LCHS

On a typical day…

I am up around 6am and do a few household and family chores before I leave home around 6.45am.

I drive to a variety of places across Lincolnshire but my base is Beech House in Lincoln. My role is one of considerable variation; reviewing areas of patient safety including incidents and making sure we are doing the right things to support our staff in the delivery of safe care, meeting and talking to staff, developing plans and reports for the trust, attending meetings with other colleagues in Lincolnshire and regionally and nationally representing the trust.

What inspired you to go into nursing? What would you say to a young person interested in a career in nursing and midwifery?

Nursing for me was always about a positive feeling; a passion to help people and see the positive impact you, as a nurse, can have on someone else’s life. It sounds a little fluffy but it’s true!

My passion in the earlier days of my career in the 1980s was for older adults and frailty and seeing them rehabilitated back to their homes safely. It was so rewarding.

I would definitely encourage young people to go into nursing. It’s a career with so many options including travelling abroad, meeting people, learning new skills, a variety of workplaces and types of patients, flexible hours if you want to raise a family and, occasionally, working during a global pandemic!

My own daughter says she could not be a nurse because she goes green at the sight of any bodily fluid but she loves that I am one and is very proud of that.

LCHS does so many good things for patients and right now our teams are leading in the drive to use technology to support patients. Developments in community services are happening at pace and I am looking forward to being able to build on some of the amazing things we have done during the COVID-19 pandemic.

In the media, there has been so much visibility of the pandemic and lots of focus on how the health and social care services have worked. I am really hoping that the coverage has captured the imagination and inspired the public to join the nursing and care professions.

I have a few – many of them from my training days and early career as a registered nurse!

I once worked as a nurse in a prison, which was a very interesting and safe place to work. I recall on one occasion an inmate wanted me to prescribe him some medication that was not indicated. He came every morning to the surgery I think in the hope I would give in. On his sixth day he came and promptly stripped off naked in the hope that I would be embarrassed and give in to his request! Obviously it didn’t work!

As a third year student nurse, I was working on placement on a medical ward, which was a Nightingale-style long ward with shiny wood floors. I entered the ward to see a patient’s head above the curtain rail. He looked very anxious. I looked behind the closed curtains and found the patient sat on a commode placed on top of the bed. It turned out another student nurse had translated the ‘’strict bed rest’’ rules for this heart attack patient as literal!

Again as a third year student, a fellow student was told to go collect some blood for a patient. The blood fridges were a hike uphill and outside and it was freezing cold in the winter. My colleague put on her blue itchy and woolly cape and set off to get the blood. A little while later the ward fire alarms went off. The student had returned and, after being told to warm the blood by the ward sister, had snipped the corner like a packet of soup and warmed it on the ward oven hob. The sister had meant for her to put it into her pocket or similar! The thick black smoke filled the ward and set the alarms off.

As an experienced registered nurse working on an acute medical ward at 7am, three patients had simultaneous cardiac arrests – luckily all in one bay. As we were trying to sort out three separate teams to deal with the arrests, a senior manager who I had never met before came onto the ward, advising ‘I have come to introduce myself’. He didn’t get to; I gave him a job of running to fetch additional crash trolleys from other wards. I found out later it was our new chief exec! We became firm friends after that, although I did always get nervous when he came on the ward.

Back to the Year of the Nurse and Midwife
Staff Intranet